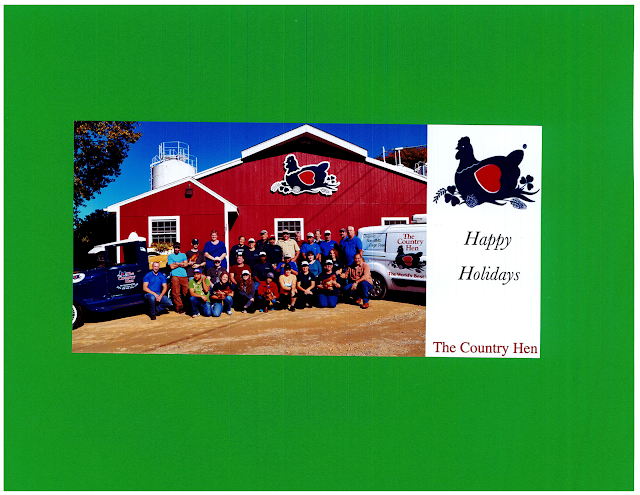 The Spirit of the Season


I think it is universally well known that farm work isn’t one of those careers a person chooses because they hope to make a rock-star or pro-athlete sized salary from. No farm worker has been or will ever likely be featured in anything like the old television series called Lifestyles of the Rich and Famous, we drive tractors rather than limos and we certainly do not dine regularly on caviar and champagne. Unless you farm technology like Bill Gates or Steve Jobs, then it goes without saying that farming earns a modest but honest living that affords a much different and less tangible type of compensation for each individual that can best be described as personal gratification born of sincere and genuine pride. What a great world it would be if that type of compensation could be used to pay the bills right?


We all get by and make ends meet the best we can, much the same as many other hard-working Americans in this day and age. We are a family farm and every worker here is part of the family whether they are related to one another or not. When one among us celebrates, we all celebrate. When one among us has difficulty, we all feel the need to help in any way that we can. In my humble opinion, no work of “Feel Good” fiction jotted down by Charles Dickens or painted onto canvas by Norman Rockwell could ever convey the spirit of the season as accurately as the real life experience I have had the great honor to have witnessed.


One among us recently experienced an illness that resulted in hospitalization that caused him to miss out on the festivities of our recent holiday party. Thankfully he recovered and is fine now folks, so please do not worry.  He is a hardworking young man willing to do whatever work needs to be done to include helping out some of the elderly neighbors who live near our farm. He is a true asset to the farm, a good provider and father to his young children and a great friend to us all.  Our General Manager, Bob, was concerned about the financial difficulties that arise from mounting medical bills added to the loss of income from an inevitable and lengthy absence from work added to how financially challenging this time of year can be for families with young children. Being the very conscientious and thoughtful person that he truly is, Bob did a little investigating of the farm’s accounting situation to determine if it might be possible to help our coworker in some small way. That didn’t pan out the way Bob hoped it might and so, rather than giving up on the notion, he discretely mentioned the concern to others. Remember the pride I mentioned earlier? Well, it is a very rewarding form of compensation, but it is also something fragile that can be bruised very easily. Someone once said “discretion is the better part of valor” or something to that effect and no one wanted our downtrodden co-worker to be embarrassed, so his name was never mentioned. Anonymous donations from everyone suddenly appeared. None of us were surprised by the generosity that seems second nature to all of our coworkers. It was when Bob told me that the neighbors added a substantial sum to the kitty that I felt the true spirit of the season set in.  News travels fast on the grapevine in a tiny little town like ours and goodwill on this occasion travelled even faster.


Our co-worker won’t be swapping his flannel shirts for Armani suits any time soon, but I think his family will be having a happier holiday with a little less stress than they might have had. This event made me feel just great and I hope it brings a little joy to all of you too.
Happy Holidays Everyone!
Posted by The Country Hen at 11:31 AM No comments: